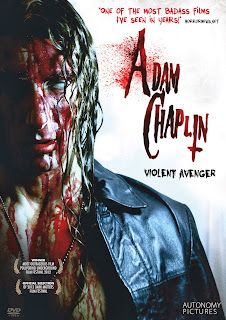 Adam Chaplin is a movie that had been on my list of things to watch for quite some time, but due the absence of a Region 1 or 0 DVD release I had been unable to until just recently.  I am certainly glad that I can finally watch it.  Written, directed by and starring Emanuele De Santi, this is a great effort by a first time film maker, the budding talent is clear as day.

This flick takes place in a fictional land named Heaven Valley, a dark, bleak place run by the mob, where insane ultra villains run rampant, and the laws of physics seemingly don't apply.

Adam, the protagonist, is hell bent for revenge.  He tears through the city on a murderous rampage looking for the mob boss who ruthlessly burned his beloved girlfriend alive.  Adam is accompanied by a demon, spawned by his own hate and anger, who lives inside his back and occasionally comes out to join in to help mutilate his foes.  Adam and his demon rip people apart with their bare hands, possessing super human strength, allowing his fists to move at lightning speed, which makes for some fantastically gory scenes.

The characters in this movie are great. They are fleshed out, given in-depth back stories and personalities, and the costume design is absurd and fantastically inspired.  The most intriguing character is without and doubt the main super villain mob boss, named Denny.  His costume design is fucking great and his back story is heavily detailed.

The blood and guts are beyond plentiful.  Heads are smashed and cut to bits, limbs are torn off, bodies are generally decimated.  Most of the kills happen at a cartoonishly fast pace, its very comic book inspired.  The director even went as far to refer to the style as H.A.B.S. (Hyper-Realistic Anime Blood Simulation).  There is a special feature on the DVD about it that I have yet to watch.  The only problem with this H.A.B.S. style of violence is the use of CGI.  Plenty of the kills have fantastic practical gore effects, but a good deal of them use obvious CGI blood and action effects.  This is certainly one of the films largest flaws.  The makeup crew clearly knew what they were doing, and with a bit more effort some of the kills could have been done with practical effects and camera tricks and looked fine.  Despite my undying hatred for CGI in B movies, most of the kills were so fucking brutal and awesome I was able to look past it for the most part.

Another thing that I disliked was the color scheme.  Blue, blue, blue.  Nearly every scene is drenched in highly saturated shades of blue.  It was clearly done to establish atmosphere, but I think it could have been toned down a little.

Despite it's flaws, Adam Chaplin is still greatly entertaining splatter movie, one of the best I have seen in a while, and I would highly reccomend it to gorehounds and comic book fans.  Certified Gem.


Adam Chaplin lurks in the sewers. 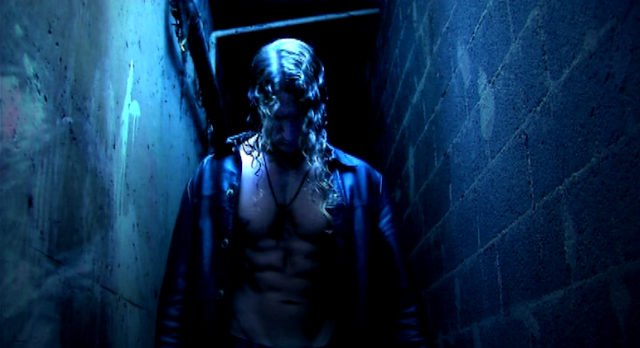 The demon emerges for the first time. 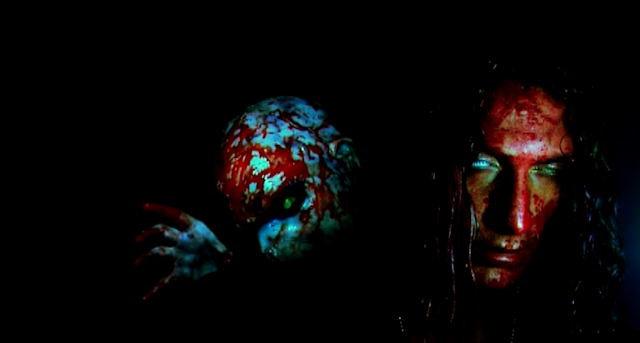 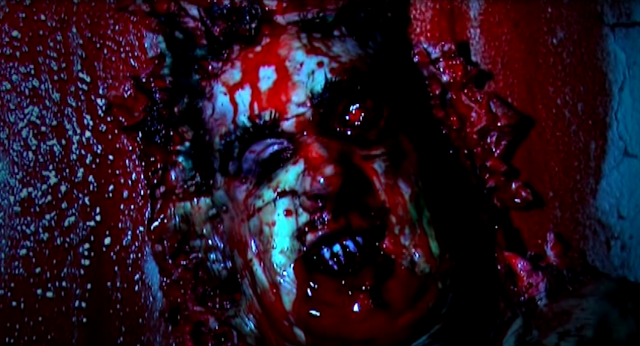 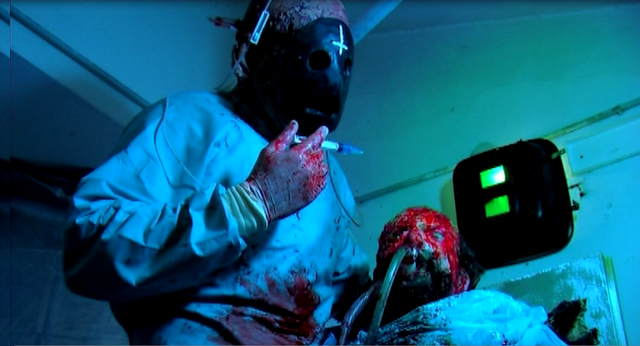 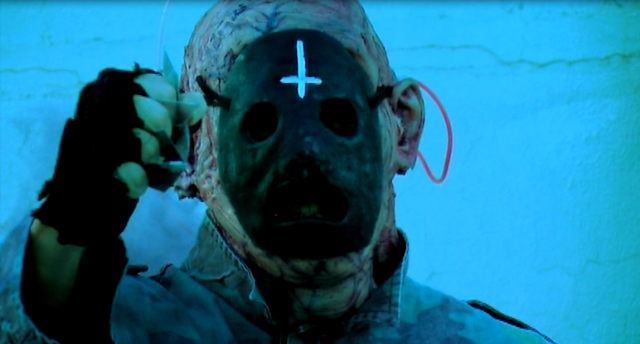 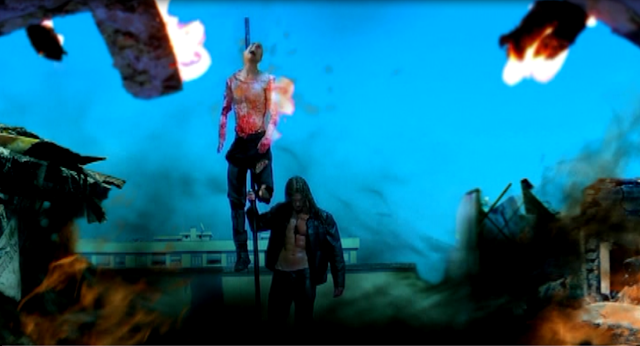